My journey as a writer began with my enthusiasm for reading stories.

As a grade-schooler, I was particularly drawn to a series of books about a make-believe boy who played on a made-up high school basketball team. I devoured such books, which I found in the library at South School Elementary in Jonesboro, Arkansas, my hometown. I also remember sitting under the bright lights of the library and reading Tom Sawyer by Mark Twain.

In my early teens, during the summer months, my mother would drop me off at the Craighead County Public Library, where I spent hours wandering around the stacks. Whenever I went to check out my pile of books, I felt as if somebody behind the counter was going to tell me that the books I’d chosen were too old for me — and many of them probably were. Too, I was captivated when my ninth grade English teacher read Charles Dickens’ Great Expectations aloud to our entire class. I still marvel at how Mrs. Hayes made it all come alive.

At the University of Arkansas, I majored in English. I told my parents that this would be good preparation for law school. But, really, I just liked the subject matter and was drawn to the teachers in the English department, which had a good reputation. I wrote a few short stories, one of which a teacher liked. I also tried poetry, but another teacher was quite critical of one of my poems. I also wrote a few columns for the Arkansas Traveler, the student newspaper.

Through my twenties, while I worked for a magazine publishing company in Little Rock, I toiled on the business side, not the editorial side. I especially loved the publishing business, which, as one of my mentors noted, is ultimately a business of ideas. The 1980s were a golden age for niche-market magazine publishing, and I was squarely in the middle of all that.

I finally got around to writing in earnest in my early thirties, after I graduated from Harvard Business School. One day I was reading Arkansas Business and, in the pages of this weekly newspaper, there was a regular column by a writer who was rather stridently anti-business. When I fussed about this to the publisher, he impatiently said, “Okay, well, then why don’t you write a column.” Over the next four years, I penned some 200 weekly columns for Arkansas Business. I also wrote a half-dozen pieces for The Wall Street Journal, and even made irregular appearances on Arkansas Week, one of those TV shows during which talking-head journalists argue about politics. The 1990s was great time to write a newspaper column in Arkansas because this was the era of the Clinton presidency and, as such, almost all local news was national news, and almost all national news was local news.

Yet writing a newspaper column was not my real job. I have always firstly been a businessman, like my father and grandfather. Nevertheless, in my late- thirties, I got the itch to write a book of short stories, or a novel, or a memoir — something longer than a 750-word newspaper column.

My first novel, Healer’s Twilight, took me too long to write, mostly because I was on a steep learning curve. But I had a skilled teacher in Tom Jenks, an editor of some renown; he was ever patient, as he marked up the many rewrites of my manuscript — always with his brutally-honest notes in the margins of each page. Finally, I hammered out a book that was the best I was capable of at the time, which is all a writer can ask for.

Then, seven years later, in my late forties, I set out to write another novel. I worked on this book for three years. But after many revisions, and even under the patient tutelage of Tom Jenks, I finally put it away in a drawer and moved on.

Not long after, as I entered my fifties, my wife and I bought a ratty weekend cabin and some surrounding acreage up in the Ozark Mountains. This was one of those “What am I doing?” moments that come along in life. As a newcomer in the hills and hollows of the Ozark hinterlands, I was considerably outside of my comfort zone. Yet all of these experiences served as fodder for The Awkward Ozarker, and it was here, in this memoir, that it all seemed to come together: a compelling subject matter to probe, the coalescing of my skills as a writer, a universal fish-out-of-water story conveyed in a voice that was unmistakably my own.

After this, as I hurtled towards the age of sixty, I never thought my next book would be about my life and times as a college football fan. But, the more I considered taking on such a topic, the more I got into it. After all, for better or for worse, my fandom has been, and will continue to be, a big part of who I am. The result is Not the Seasons I Expected, and, though most writers probably deem their most-recent work to be their best, I do love this book and I suspect many readers of a certain kind will too.

As for what comes next, who knows? But I do know this: With the advance of digital technologies and new methods in publishing, it’s a great time to be an independent writer. 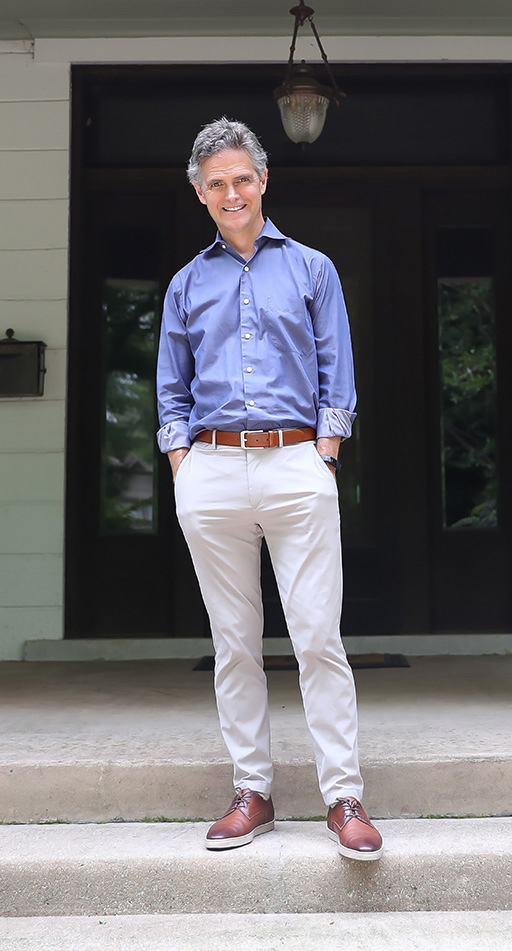